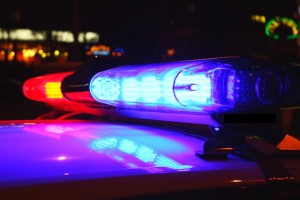 As many drivers on NYC’s busy roads can likely attest to, traffic violations can be a common occurrence. In fact, according to recent data, there were over a million summons’ issued in 2015 alone. What may come as a surprise to many drivers, however, are the most common types of traffic violations. While we expect to see a large number of stop sign and running red light violations, you might not be aware of some of the other types of NYC traffic violations taking place.

Speeding in 2015 was among the most frequently occurring violation in NYC, with a total of 134,438 tickets written. This means that out of the million summons’ issued, more than ten percent are simply due to speeding. Many times drivers just find themselves in a hurry to get to work or back home from work and may not even realize they’re going over the speed limit. Although common and frequently occurring, speeding tickets can have severe consequences.

Not Wearing a Seat Belt

Many traffic tickets are issued due to not buckling up or passengers who aren’t secured in the vehicle properly. Although most drivers are aware of seat belt laws in NYC, there are exemptions to the laws that an experienced NYC traffic ticket lawyer can help you with when facing your ticket. For instance, while seat belts are intended to protect drivers and passengers, there are medical exemptions that prevent certain people from wearing seat belts.

No matter the reason for disobeying a red light, the result can be an expensive traffic ticket plus points on your driver’s license. Once you have accumulated too many points, you face the risk of possible suspension of your license which can affect your entire life – from being able to commute to and from work, to transporting your family members to school. With a skilled traffic ticket lawyer, however, you have a better chance of fighting a ticket for disobeying a steady red signal than you will if you attempt to battle it alone.

More than 31,000 summons were issued in 2015 due to drivers being uninsured. Traffic tickets due to being uninsured can end up being some of the most expensive and carrying the severe consequences. In fact, your driver’s license privileges can be revoked. If you have received a traffic violation for being uninsured, you may want to consult with an attorney who can help ensure the best outcome for your situation.