Penalties for Ignoring a Traffic Ticket in NYC 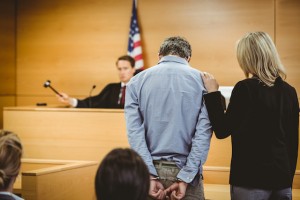 Most of the time, dealing with traffic tickets in NYC is pretty straightforward. You get the ticket, and you either pay the ticket and admit to your guilt or submit a plea of not guilty and stand before a judge to resolve the matter. Either way, your choice has to be submitted to the court by the deadline on the traffic ticket. Penalties for ignoring a traffic ticket in NYC are steep and expensive. If you get a ticket in NYC, and you don’t intend on pleading guilty or paying the ticket, it’s in your best interest to contact The Office of James Medows immediately to ensure you have enough time to gather evidence and come up with a plan of action before the hearing.

Anytime you plead guilty to a traffic ticket, even if it seems to be a minor violation, it has an impact on your license. You also don’t always have to go to court to plead guilty. If you ignore the ticket and don’t show up in court, your license will be suspended. If you continue to ignore the ticket once your license is suspended, you will be considered guilty by default. The penalties for being considered guilty by default are much steeper than those associated with admitting your guilt.

There are several reasons the state might suspend your license. If you fail to deal with your ticket by its due date or choose to completely ignore the ticket, your license will be suspended. Once your NYC license is suspended, you could face more fines and penalties than just the ticket itself. Further, you will have to pay the suspension termination fee, and you may also have to pay a yearly fee based on the suspension and the number of points on your license.

Consequences of Ignoring a Traffic Ticket

On top of the fines and penalties for suspension, ignoring a traffic ticket in NYC can also result in the consequences that come with having a suspended license on your record. This can cause problems when you try to get a job, and it will most certainly cause a significant increase in your insurance premium. Not to mention the additional inconvenience of losing your driving privileges and not being able to drive. Keep in mind that the penalties for ignoring a traffic ticket in NYC are steep and expensive enough for you to make the effort to take care of it in a timely manner.

Although at first glance it might seem like the easiest route is just to ignore the ticket, even if you have already passed the deadline to respond. If you just aren’t sure what to do about your traffic ticket, The Law Office of James Medows can help. Don’t ignore the ticket and don’t wait until the last minute to take care of it. Contact James Medows online or call or text (917) 856-1247 immediately.