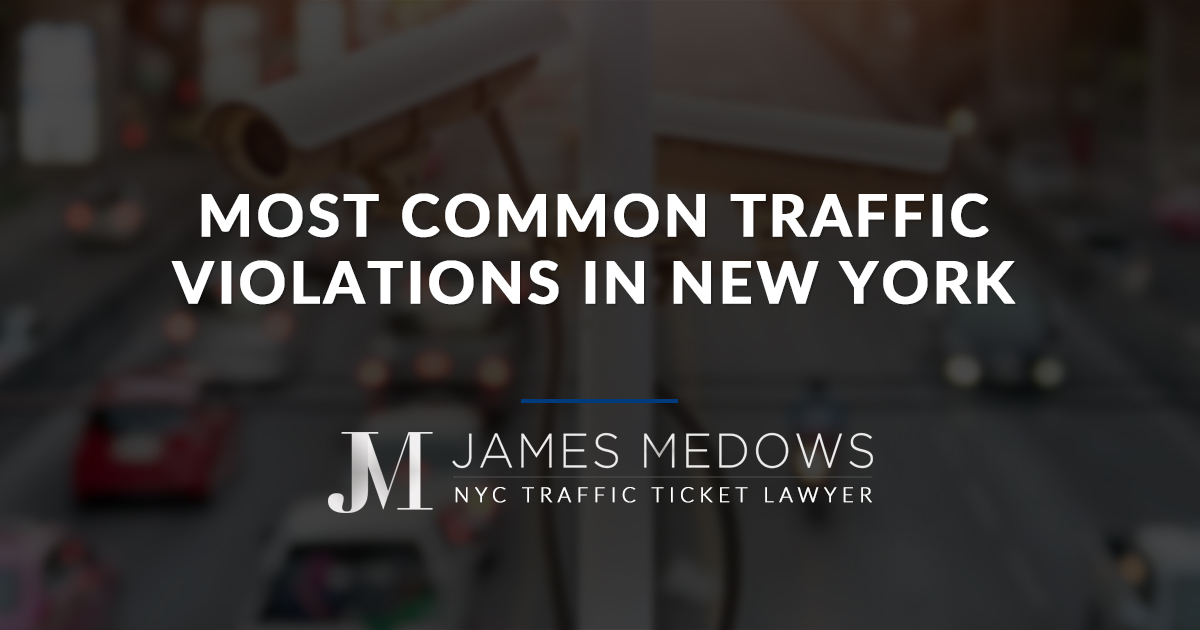 It’s probably safe to say that most people will be issued a traffic citation at some point in their lives. Some people may be ticketed more often than others—it could be for legitimate poor driving behaviors, or they could just have really bad luck.

It may be because they spend more time on the road than others, giving them a higher likelihood of being cited for minor traffic infractions. It could also be because they have an attention-grabbing vehicle that might draw the eye of police more often than other vehicles.

Knowing all about the most common traffic infractions in New York can help you be especially careful not to make these mistakes while driving.

You may not realize how much a traffic ticket can impact your life. When you receive a traffic citation, plead guilty, and pay the fine, you’re automatically adding points to your driving record. In addition, your insurance company will raise your rates because, in the insurer’s eyes, you’ve demonstrated poor driving behaviors.

Some people receive two or more traffic citations in rapid succession, and then they’re truly in danger of having their license revoked. Always be aware of common traffic infractions so you can guard against being ticketed for one of them.

The following are some top New York traffic citations:

The penalties for traffic violations vary widely, depending on which type of traffic infraction you’ve been accused of, as well as what your driving record looks like (how many driving infractions you’ve committed in the last eighteen months).

The most common penalties associated with traffic violations are fines and points on your driving record. The following are some other ways your traffic ticket can negatively affect your life:

Getting Help for a New York Traffic Citation

It’s plain to see that everyday New York traffic infractions can do a lot of harm to your life, no matter how common they are. Fighting against traffic tickets is often a good idea because getting your ticket dismissed will mean less overall impact to your life.

For help getting a traffic ticket dismissed, simply contact the Law Office of James Medows. Our attorneys will discuss your traffic case with you for free during an initial consultation. Fill out the contact form below or call 917-856-1247 to get started.