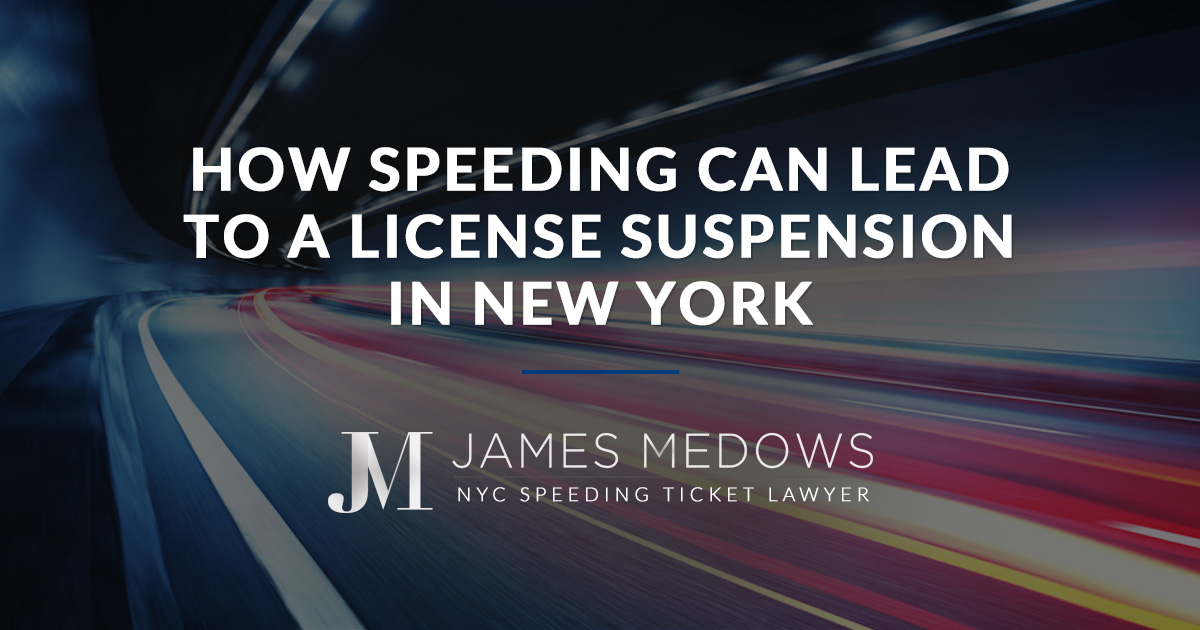 Posted at 16:04h in Blog by Glenroy Boatswain

When you’re pulled over and issued a speeding ticket, it can be frustrating, to say the least. You’re dealing with high fines and points on your license. Unfortunately, you might be surprised to find that you’re also dealing with a potential license suspension.

This is a serious consequence that you’ll need to avoid. When you’re dealing with a speeding ticket that might leave you with a suspended license, you’ll likely need an attorney’s help. Your lawyer can review New York’s driving points system and your likelihood of having your license suspended. When you’re facing a license suspension, call a lawyer who can help you fight back.

When you’re pulled over, you might not lose your license for that single traffic violation on its own. But maybe this isn’t the first time you’ve been pulled over in the past eighteen months. Now, you’re in serious trouble, even though you were only going a few miles over the speed limit.

If you’ve reached eleven points in the last year and a half, you could receive a license suspension. So, two cell-phone-related tickets could already put you near a suspension, and that speeding ticket you just got could put you over the edge. If you choose not to fight back, even a minor speeding offense could leave you without a license.

Serious Speeding Is an Automatic Suspension

Even if you have a clean record, however, speeding is taken seriously in New York. If you’re going especially fast, you could still lose your license. While it often takes a few offenses to leave you with a suspended license, if you’re going over forty miles per hour over the speed limit, you could have your license immediately suspended.

These are dangerous speeds, especially if they’re in a construction or school zone. In these cases, you might receive a suspension for speeding even if you’ve never been pulled over before then.

If you’re on the verge of a suspension, you’ll need to plead “not guilty” to avoid the consequences and fines that come with a license suspension. These consequences can be serious, so speak to an attorney if you’re concerned about your situation.

Unfortunately, speeding can easily leave you without a license. That means you’ll need to rely on public transit or family and friends to get around, which means more expenses on top of typical car costs like insurance and parking.

With the right lawyer from the Law Office of James Medows, however, you can beat that ticket. Starting with a consultation, we’ll discuss how speeding can lead to a license suspension in New York. We’ll then fight to have your ticket dismissed so you can avoid major consequences for speeding.

If you’re struggling with a speeding ticket in NYC, contact us before your license is suspended. Call us at 917-856-1247 or complete the form below.