Have you or a loved one been issued a pink summons for a court appearance?

On a March evening, a pregnant wife asks her husband to run down to the store for a snack. So he hops on his bike and pedals to his local Brooklyn neighborhood shop, veering briefly onto the sidewalk to avoid colliding with a car in the narrow lane. Moments later, a police van pulls up, two officers grab and cuff him, hand him a pink slip of paper, then shuffle him from one precinct station to another. Hours later, his very indignant wife finds him and they head home, clutching the pink summons that orders him to appear in criminal court. 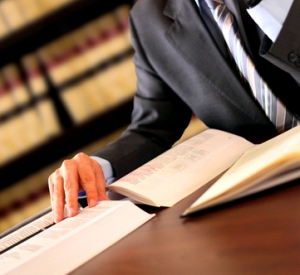 One summer evening, after a date, a young man and his girlfriend pass a local park on their way home. The lights are on and the gates open, so they wander in and sit quietly on a bench, holding hands. Moments later, a policeman shows up and hands them the dreaded pink summons. It turns out the park was closed, so they were there illegally. No drinking, no drugs, just resting quietly but unlawfully on a park bench. Time for court.

On a hot August night, a weary worker sits on the stoop of his small row house, sipping a beer before heading to bed to face yet another day of mundane labor. A passing officer stops and hands him—you guessed it—a pink summons, this time for drinking an open container of alcohol in public. He must show up in criminal court on the given date.

Scenes from Law and Order? Could be, given the frequent veracity of their tales. But no, these are true stories. In New York, a pink summons is a ticket given for a variety of offenses and requires the defendant to appear in court to answer for the criminal violation. Formally known as a “summons,” the ticket gets its name from itsoddly pleasant pink color. And while similar in some ways to other kinds of tickets in New York and elsewhere, the pink summons is much more serious and, if ignored, will result in a bench warrant for your arrest.

Unlike a Desk Appearance Ticket, a pink summons does not actually indicate you are being arrested, although it does cite the specific charge being made against you. In any case, it is a serious matter, and if you or a loved one has been issued a pink summons, you would be wise to engage the services of an experienced attorney familiar with this variety of charges. The Law Office of James Medows is highly qualified in dealing with these assortedal legations and in negotiating the most effective ways to deal with them. James will loyally and diligently investigate and defend you against any charge, working to achieve the most positive outcome for your case.

Because a pink summons so closely resembles a ticket, people are often inclined to dismiss it and think they can simply pay a fine, perhaps by mail, or, if they are from out of state, assume the “ticket” will just “go away.” This is a grave mistake. Ignoring a pink summons will automatically generate a warrant for your arrest, so if you are stopped anywhere, for any kind of violation, you will be arrested and most likely taken to jail. The charge has thus immediately escalated because of your failure to honor the original summons. Having a lawyer like James Medows on your side and ready to help is something you will most assuredly want, and need.

A pink summons can be issued for a variety of offenses, including the following:

Clearly, these charges are daunting and complex, not to mention astonishingly vague. With all the fights, shoving, and yelling that go on in New York, whom do you cite for disorderly conduct? Does the roaring sanitation truck that awakens you in the morning merit a pink summons for “unreasonable noise”? How do you decide, in that split second, whether to risk ramming a car while riding your bike or momentarily swerve to the sidewalk to possibly save your life? And in fact, if you are issued a pink summons for possession of marijuana, the charge might even be dismissed if no test or report is conducted to prove that the substance actually is marijuana.

Would you want to address this baffling horde of laws on your own? Probably not, unless you have little concern for your criminal record or your freedom. James Medows has long dealt with such seemingly contradictory issues, and he has the ability to negotiate through them on your behalf as well as to protect your rights and address any emotional concerns that will inevitably arise in the process.And should, as sometimes happens, the matter go to court, you will definitely want legal counsel, and James can provide the best in New York. He understands the tricky legal process, the ins and outs of criminal procedure and cross examinations, the issues and arguments presented in legal language, and the proper methods of engaging with judges and other court personnel.

If you or a loved one are issued a summons in Brooklyn, no matter how minor it might seem, take no chances. Your freedom, your Constitutional rights, and your criminal record are at stake. Contact the Law Office of James Medows so that he can take the load from your shoulders and provide you the counsel, comfort, and best legal outcome that you can hope for.