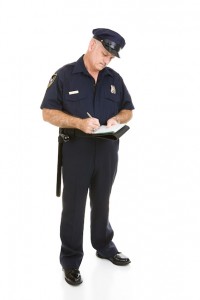 For some people, fighting a traffic ticket in NYC is as easy as explaining to the courts that the violation is a minor offense and happens to be your first. For others, the battle can be lengthy, and the things that ride on its success are life altering details that can’t be ignored. The smart bet is always to fight the ticket to some degree in the hopes that at least some portion of it can be reduced, but this isn’t usually something you can do on your own. Instead, you need a lawyer who is experienced in NYC traffic laws and penalties.

Timing is crucial if you expect to successfully negotiate your stance on your ticket. Never let the ticket go beyond its date. Otherwise, you may find that you end up guilty by default. At the very least, your license will be suspended until you address the ticket and pay the fee to remove the suspension. Once it is suspended, if you continue to ignore the ticket, you will be guilty by default, and you will have no chance to fight the ticket, even if you were not guilty. Other than that, being timely about handling your responsibilities shows the court a level of respect that they appreciate.

Sometimes the courts will grant some leniency, especially if you don’t have a history of traffic violations. They recognize that people make mistakes. However, their attitude largely depends on your attitude and the manner in which you address the situation. It’s important to show the court respect and demonstrate some level of regret for the best results. Regardless of your own attitude, a lawyer is able to see areas where an officer was remiss or other circumstances that help your case might be involved. It’s worth it to take your case to James Medows in order to have it professionally reviewed.

Risks of Not Fighting

Certain risks come with not fighting tickets. The fines are just the beginning. Points on your license may be worse than the fines because they can lead to more significant issues in the future. It’s not even that you are planning to get more tickets, but if you do get another one, it’s best to be in the position of not having any points on your license. Remember that the points can have a direct impact on the amount you are fined. In some cases, too many points can also lead to suspension and yearly fines. In fact, you may end up paying a fine per point, per year, in addition to all other costs.

In the end, fighting a traffic ticket in NYC means more than just dealing with one ticket; it means dealing with your future. Sometimes it seems easiest to just pay the ticket and move forward, but this doesn’t always result in the best outcome. To find out what your best options are contact James Medows online or call or text (917) 856-1247 immediately.