What if I am guilty of a traffic violation? | Law Office of James Medows

What if I am guilty of a traffic violation? 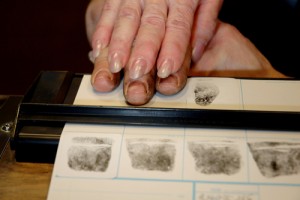 It isn’t unheard of for clients to come into the office and ask, “What if I am guilty of a traffic violation?” This question often comes with the knowledge that there are previous offenses or just as a way to figure out how to proceed. Sometimes first- time offenders are so shaken up by the idea that they simply don’t know where to go from here. There are several options, but it’s best to choose based on your actual guilt, previous record, and plans for the future. The penalties and fines vary with each situation, so take care to make sure you can meet your obligations. James Medows is an experienced traffic ticket lawyer in NYC who can help guide you through the process of managing the ticket.

If you are guilty of a traffic violation, there are a couple of different routes you can take. Your success depends on your own attitude, whether or not you have a lawyer and your previous driving record. The courts understand that you don’t want your driving record to carry a lot of points. If it is your first offense paying the ticket may be the easiest but not the best decision. Instead, you might be better off retaining a lawyer who can negotiate the best outcome on your behalf. There are no guarantees, but when it comes to first-time offenses, the courts may be inclined to show some leniency which might be a smaller fine and no points on your record.

At the same time, you may have a conviction of guilt if you ignore the ticket or even accidentally missed your deadline. In these cases, you could face hefty fines as well as a suspended license. The courts don’t look favorably on people who ignore their obligations. If you don’t show up before the date on the ticket, your license can be suspended. If, after it is suspended, you still don’t take care of the ticket, the suspension remains, and you can be considered guilty by default. In any event, it’s crucial that you contact a traffic ticket lawyer for the best results.

If you admit guilt, you can expect to pay a fee for the violation. Points may also be added to your license which can result in an increase in your insurance rates. You might also face stiffer fines and penalties in the future even when dealing with minor traffic offenses. In fact, if you have too many points on your license, your license can be suspended regardless of whether your most recent ticket is a minor one or not.

It’s usually not a good idea to just accept guilty and pay the ticket even if you are guilty. If you’re still asking “What if I am guilty of a traffic violation?” you should know that your lawyer can still ask for a reduced fine or charge based on your history. You have a lot to lose if you make the wrong decision so make sure you have a qualified lawyer on your side. Contact James Medows online or call or text (917) 856-1247 immediately.