25 May Domestic Violence Laws in Brooklyn

Domestic Violence: Not One Specific Crime 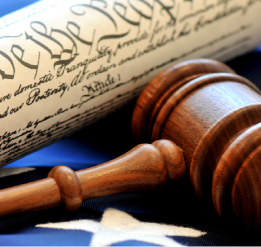 The term domestic violence doesn’t necessarily refer to one specific crime. Instead, it refers to a handful of other offenses.

Generally, people think of domestic violence as physical abuse. While that’s certainly one facet of this complicated crime, it’s not the only piece. Many people aren’t physically abused or sexually assaulted, but they are still victims of domestic violence.

According to the law, it’s a “pattern of coercive tactics, which can include physical, psychological, sexual, economic and emotional abuse, perpetrated by one person against an adult intimate partner, with the goal of establishing and maintaining power and control over the victim.”

In order for the law to consider any of these acts domestic violence, you must be in (or must have been in) an intimate relationship, a parent-child relationship or a relationship with a member of the same family or household.

It happens far more often than you may think – and the results can be devastating. Accusations of domestic violence don’t just go away. Many people feel the need to work with a Brooklyn attorney who understands the ins and outs of these types of cases.

What if You’re Really Guilty of Domestic Violence Charges?

Whether or not you’re actually guilty of domestic violence, you shouldn’t answer investigators’ questions until your attorney is present.

Your lawyer will be able to protect your rights and evaluate whether police have already violated them. He’ll also be able to ensure that your side of the story is heard and help you get the best possible outcome for your case.

The Consequences of Domestic Violence Convictions in Brooklyn

If a judge convicts you of domestic violence in Brooklyn, you could end up behind bars. A judge could sentence you to anger management classes, mandatory counseling and steep fines; you could even be slapped with a restraining order that prevents you from seeing your children or returning to your home.