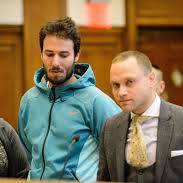 The Department of Motor Vehicles could summon you to appear for a number of reasons, from being what they consider a “persistent violator” to your involvement in a fatal accident. No matter why they want to see you, though, one thing is for sure: you shouldn’t go without a skilled Brooklyn DMV lawyer.

Why Does the DMV Hold Hearings in Traffic Court?

People who live in Brooklyn are familiar with the DMV and traffic court, and there’s no shortage of reasons they could require you to appear.

Some of the most common reasons people have to go to traffic court include:

Failure to Submit to a Breath Test in New York

The New York State Administration Procedure Act allows the DMV to take action against anyone who refuses to submit to a breath test. If police suspect that you are under the influence of alcohol while you are driving, they can request that you take the test – and if you don’t comply, you’re subject to future DMV actions against you.

If you fail to appear at your DMV refusal hearing, you waive your right to a hearing. It’s in your best interest to attend your hearing with a lawyer by your side. One of the most important questions the courts will ask is whether you were advised of the consequences of your refusal – and then the courts will ask whether you still refused after you knew about the consequences.

It’s important that you know a commercial driver’s license will be automatically revoked if you refuse a breath test in the state of New York. It does not matter what vehicle you were driving at the time; even if it was your privately owned family car, the state will revoke your CDL for refusing a breath test.

When the Department of Motor Vehicles considers you a persistent violator, which means you’ve accumulated so many points on your driver’s license that the state wants to revoke or suspend it, they may require you to show up in court.

It could be a big mistake on your part to show up without an attorney, because when you are there, they will attack your driving record. They’ll claim that you are not a safe enough driver to continue to use public roadways – but if your license is suspended or revoked, how will you get to work? How will you get to school? How will you conduct every aspect of your daily life that involves you leaving your home?

All accidents involving fatalities are reported to the DMV in New York. If you were involved in this type of accident, the DMV will schedule you to appear in a fatality hearing and they will expect you to testify under oath. For the most part, even if you had no fault in the accident, it’s a good idea to bring a criminal defense lawyer with you to the hearing.

Your lawyer will be there to ensure that you aren’t unfairly questioned and that your rights are adequately protected.

DMV Hearings for Suspension and Revocation

When the DMV wants to take away your driver’s license, whether it’s for a short period or a permanent revocation, it’s always a good idea to work with an attorney who understands the driving laws in our state. Even if you have a good understanding of your rights under New York State driving laws, your attorney will be able to argue on your behalf and explain to the court why suspending or revoking your driver’s license would be bad for you.

What to Do if the DMV Orders You to Appear

Don’t ignore your DMV hearings. If you fail to show up, you throw away your right to a fair hearing; that’s the last thing you want to do.

One of the best choices you can make, especially if you value your driving privileges, is to get in touch with a NY DMV lawyer who understands the system and how it works. Remember, if you’re caught driving on a suspended license or without a license at all, you could be facing jail time – and is being behind the wheel illegally really worth that?