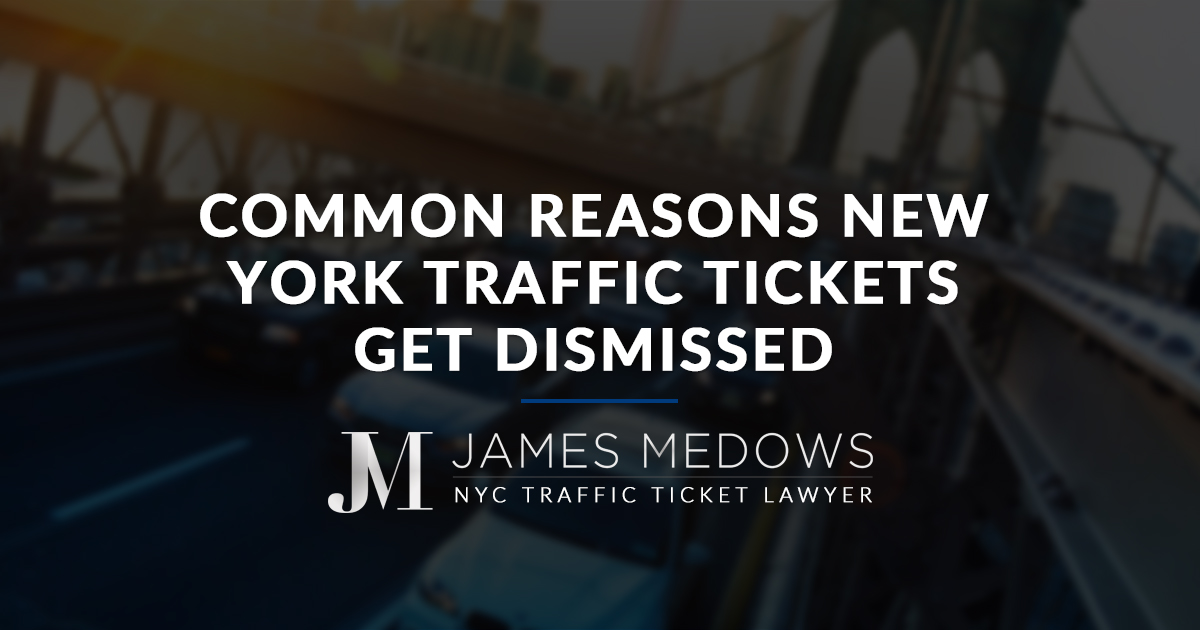 Posted at 10:40h in Blog by Glenroy Boatswain

When you’ve received a traffic ticket, there are plenty of reasons to fight to have your ticket dismissed. The fines you’ll receive could be high, and if you have enough points on your license, you could end up with a suspension, which leaves you struggling to find a way to work, school, and other important destinations.

So, you want to dispute your ticket, but how? It can be tough to go against a police officer’s word and succeed, but there are a few common reasons New York traffic tickets get dismissed. If you can act on one of those reasons, you could walk away without the expenses and additional stress that come with a ticket.

Errors on the Ticket

When people think about getting their ticket dismissed, their first question might be, “The police officer made a mistake on my ticket. Does that mean that my ticket is going to be dismissed?” Unfortunately, it’s not always that easy.

In many cases, a minor error on your ticket isn’t grounds to throw the ticket out entirely. For example, the officer might have misspelled your name, or they might have switched a number in your address. These are minor errors known as clerical errors, and typically, the correction will be made and the ticket will remain valid.

But, not all ticket errors are so minor. If the information was significantly incorrect or missing entirely, you’ll have a chance to dispute your ticket and get it dismissed. If you believe vital information on your ticket is incorrect, reach out to a lawyer, who can help determine whether those mistakes are serious enough to dismiss your ticket.

Problems on the Road

If you’ve received a ticket but you don’t see any mistakes on the ticket, you might have other reasons to dispute your ticket. If you plead not guilty and seek out the help of an attorney, who can review the violation, and help you build a defense against the ticket’s claim.

Fighting Back Against Your Charges

You’ve received a ticket, but that doesn’t mean you can’t fight it. These tickets can be costly, so it’s worth looking into options for disputing the claim.

There are a few common reasons New York traffic tickets get dismissed, and you’ll need an attorney from the Law Office of James Medows, to determine your options for disputing your traffic ticket. A lawyer will have the knowledge and experience to walk you through your options.

Ready to get started? Speak to our attorneys to set up a free consultation. We can be reached by calling 917-856-1247 or by completing the online form below.