In New York, it’s against the law to use a cell phone while you’re driving. If a judge finds you guilty, or if you admit guilt,the judge will put points on your license. You can expect your insurance rates to go up, too.

No driving to work, school or anywhere else.

Can You Fight a Cell Phone Ticket in Brooklyn? 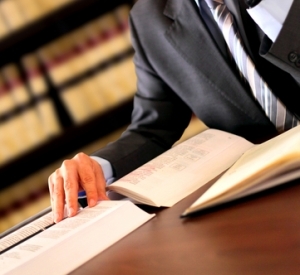 If you think you have a case against your cell phone ticket, it’s probably worth fighting.

Your lawyer might be able to negotiate the charges so they’re more favorable. In a best-case scenario, he can force the other side to prove that you actually were on your cell phone while you were driving.

Fighting the ticket may be your best chance at saving money and hassle in the future.

Legal Use of a Cell Phone while Driving

New York law prohibits using a mobile telephone to engage in a call while operating a vehicle in motion on a public road. You can push the buttons, but not hold the phone to your year. Keep in mind that another closely related law prohibits texting or operating an app while driving.

It’s not illegal to use a hand-held cell phone or other device in stopped traffic or in a parked car. Hands-free phones are also fine to use while driving.

How You Can Fight a Cell Phone Ticket

A lawyer can look at your ticket and check it for errors or “defects” that make it invalid enough that a judge will probably dismiss the case. Technically, that would mean that you are found “not guilty.” Without a defective ticket or some other really convincing evidence, a judge is unlikely to dismiss your case based on your word against the ticketing officer’s.

Otherwise, you can try to get the charge reduced to something with a less permanent effect on your record and insurance premiums. Expect that you will still have to pay a fine in these cases, though.

If you want to fight a cell phone ticket, Call or Text Me at 917-856-1247. You don’t have to go up against this type of citation on your own – I’ll be in your corner and help make sure that you’re treated fairly every step of the way.