Assault Charges May Involve Many Variables & Elements, Talk to Our Attorney 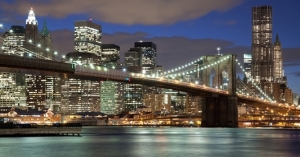 If you or a loved one is facing an assault charge of any kind, you need an experienced lawyer who can provide you with the best legal assistance and help you obtain the most favorable outcome in your case. Assault and battery charges can yield harsh penalties, ranging from a misdemeanor to a felony, and they can seriously affect your life, so you need someone who will protect your rights and provide full and responsible representation. With its team of highly experienced assault lawyers and assault attorneys, the Law Office of James Medows can help.

Assault charges come in many forms, including bodily harm, vehicular assault, domestic violence, injuring a child by shaking it, use of a weapon with or without the intent to inflict hurt, hazing, threatening or menacing someone in a way that provokes fear, and even actions that lead to or somehow induce a suicide. Impeding the actions of public officials such as emergency workers, police officers or firemen, transit operators, city marshals, and sanitation workers can also lead to charges of assault and battery. Hate crimes, with their connotations of prejudice against an individual’s race, religion, or sexual orientation, also rank as forms of assault, as does elder abuse.

James Medows understands the distinctions and nuances among this complex array of potential charges, and his expertise and dedication will guide you through a process that can easily be confusing and distressing. For an assault attorney who will offer trustworthy and superior representation for you, Call James at 917-856-1247 or medows@ny-defense.com.

Assault charges involve many variables, such as any injuries involved and their extent, whether a weapon was used, what was the motivation, the impetus for any attack, the veracity of the individuals involved, any property damage, whether any threat was real or imagined, and other issues. Such questions can be ambiguous and debatable, so you should never attempt to address them on your own, lest you incriminate yourself. A knowledgeable and dependable assault lawyer like James, whose experience and expertise in New York laws are extensive, is able to navigate the complexities of New York assault laws for you. He and his skilled team have handled numerous assault and battery cases, as well as protection orders and restraining orders, so let him be on your side.

Take no chances when your freedom, your reputation, and your Constitutional rights are at risk. Let James Medows and his extremely competent team of attorneys work to protect you and make sure you attain the best possible outcome and retain the reputation and life that are rightfully yours.

See Also: Arrested for a crime? Get in touch with criminal defense Attorney.