A Loophole Big Enough to Drive a Bus Through 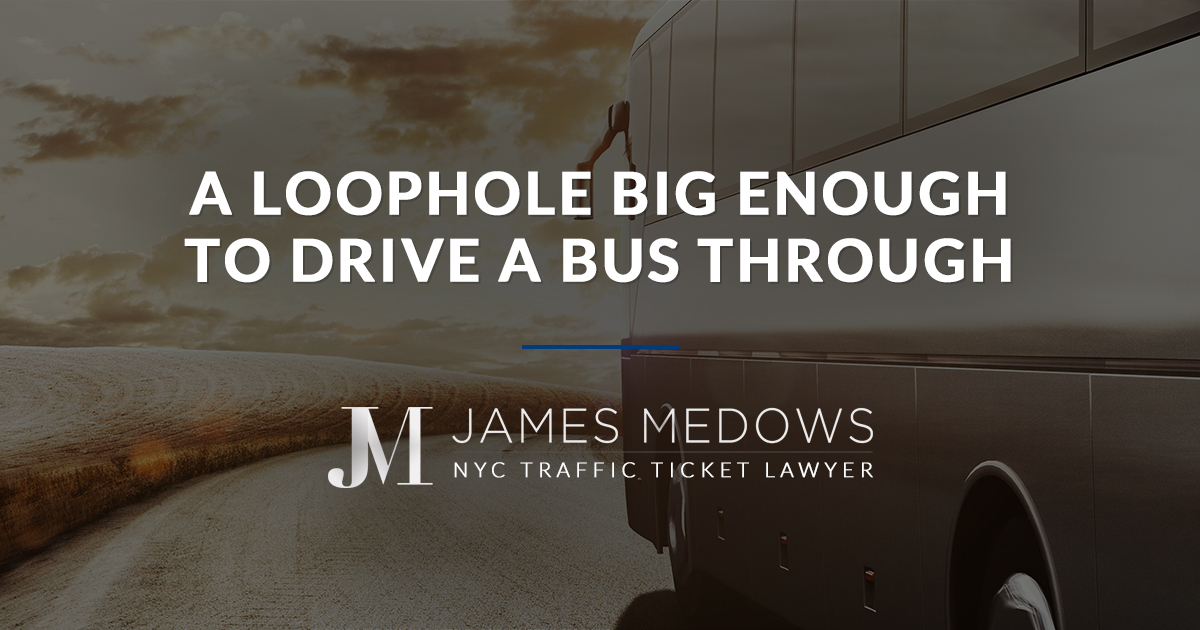 26 Oct A Loophole Big Enough to Drive a Bus Through

Recently, the New York attorney general publicized a loophole in state traffic violation reporting that has potentially been putting more than 2 million children at risk every day.

The issue traces to an oversight in state law that lets red light camera tickets slip through the cracks: Violations by individual bus drivers aren’t reported to the DMV but are sent instead to the companies that operate the buses.

These violations don’t count against the driving records maintained for bus drivers, allowing some to appear to be safer drivers than they really are.

Hundreds of Violations Every Year

Red light camera systems, which have been used in New York since the early 1990s, automatically send tickets to violators. Unlike tickets issued directly by officers, however, red light camera tickets are sent to the registered owner of the observed vehicle, who may not be the driver behind the wheel.

When it comes to buses, those automatic tickets are sent to the companies that own them, and they’re not routinely applied to individual drivers. That’s an ironic lapse since buses otherwise have some of the most stringent vehicle operating requirements under state law, with tight regulations on bus drivers.

The attorney general’s office analyzed the records of fifteen bus companies randomly selected from two counties and found that their total red light camera violations over the previous two years approached 1,500 tickets. The report that publicized this information includes proposed changes to the law that would close the loophole.

Safe, but Taking Chances We Don’t Need To

Overall, school buses are extremely safe. Statistics show that children who use them are seventy times safer than children who are driven to school in cars. Even so, four to six children are killed nationwide each year in school bus crashes. Any loophole that might increase the risk of a bus crash should, of course, be closed.

Fines and punishments for dangerous traffic violations need to be enforced, but many citations are not deserved. Years of experience with countless cases have shown us that there’s no such thing as a traffic ticket that can’t be challenged in court. Many can be reduced or dismissed.

When you need the help of a dedicated New York City traffic ticket lawyer, get in touch with the Law Office of James Medows. We offer every client a free and confidential consultation, so give us a call today at 917-856-1247 or fill out the contact form at the bottom of this page.